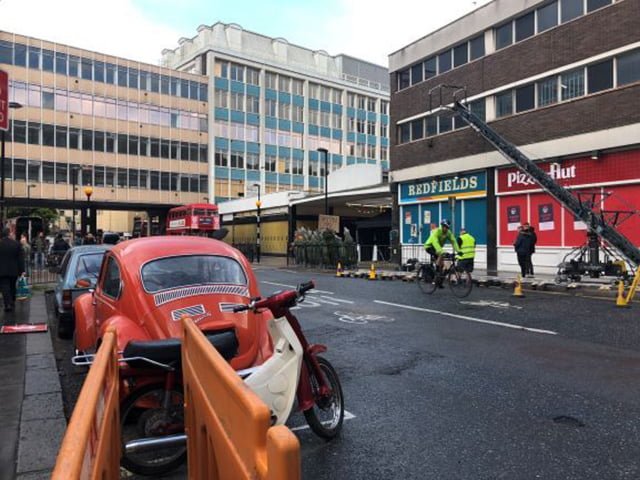 Scenes were shot in Croydon on St Georges Walk, outside Number 1 Croydon, and on the A222 using an old Route Master bus.  The crew also filmed in SE1 in Sumner Street inside the Blue Fin Building and then moved on to Islington to shoot scenes at the Finsbury Health Centre.

FilmFixer facilitated the filming and kept everything running smoothly especially for local residents. In Islington, residents said that the whole experience was well organised and praised the lack of disruption to residents.

The production also made generous donations to Cancer Research (the Mayor of Croydon’s charity) in Croydon and to the Peel Centre, Catherine Griffiths Court and Clerkenwell Tenants Residents Associations in Islington.

This website uses cookies to improve your experience while you navigate through the website. Out of these, the cookies that are categorized as necessary are stored on your browser as they are essential for the working of basic functionalities of the website. We also use third-party cookies that help us analyze and understand how you use this website. These cookies will be stored in your browser only with your consent. You also have the option to opt-out of these cookies. But opting out of some of these cookies may affect your browsing experience.
Necessary Always Enabled

Any cookies that may not be particularly necessary for the website to function and is used specifically to collect user personal data via analytics, ads, other embedded contents are termed as non-necessary cookies. It is mandatory to procure user consent prior to running these cookies on your website.