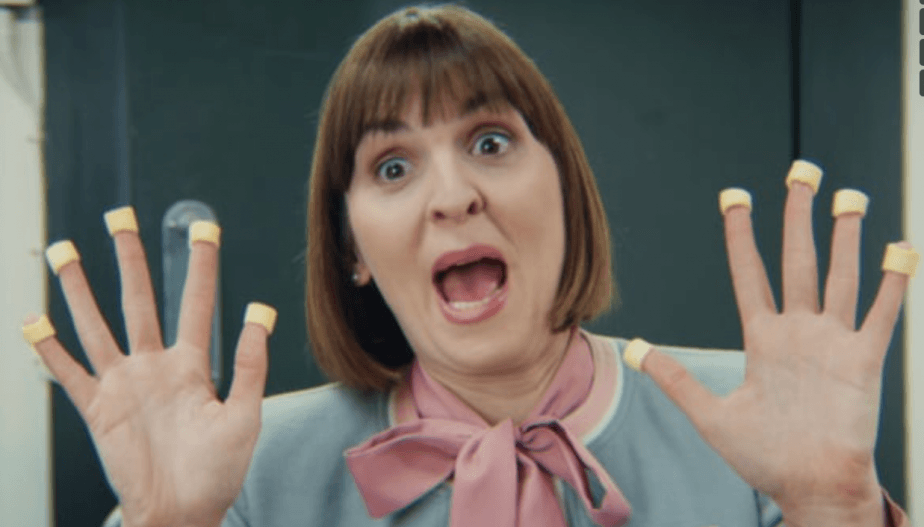 Hula hoops saves the day at a former bank on Warham Road in Croydon. The new ad is part of a £4.5 million campaign – the biggest ever for the snack brand.

It’s called West Heath Bank in the ad, where a hapless robber races in with a banana tucked inside a sock, demanding all the money.

The bank clerk can’t help, “sorry love”, because she has her “hands full” – each finger covered in a hula hoop. But that doesn’t stop her raising the alarm – and soon enough the police cars have pulled up outside.

A sequence of police cars arriving outside was also filmed on Wimbledon High Street in Merton.

FilmFixer manages the film office service for Croydon and Merton Councils. FilmFixer director Andrew Pavord says, “This is a very endearing use of a former bank, it looks just the part of course. And the fact that the robbery is all in good fun made it easy for us to approve this production coming in to film.

“It’s a great example of the locations on offer outside the centre of London, where there’s plenty of parking for a production, and minimal disruption to locals. This shoot was completed in as little as one day.”

Take a look at the ad here.