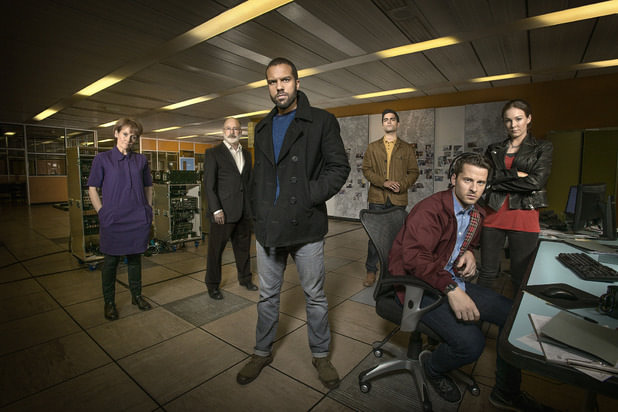 BBC One’s new thriller series The Interceptor has been described as a riot of action, drama and suspense – it starts tonight at 9pm.

Its complex filming schedule across the capital would not have been possible without the support of multiple authorities and London residents themselves.

Through spring and summer last year, we were pleased to negotiate across all those involved in Camden, Newham, Southwark, Croydon, Islington, Lambeth and Lewisham to help pull off the challenging shoot. You’ll see some great examples of the thrilling stunts, filmed in our streets, in the trailer if you click here.

The eight-part series, about an undercover team on the hunt for Britain’s most ruthless criminals, features stunt driving, fights in vats of liquid, and being smashed out of windows, just to name a few.

To make sure it could be done, we negotiated with organisations including Canal and River Trust, various markets across London, the Highways Department, Met Police Film Unit, Royal Docks Management Authority, Greater London Authority, City Airport and of course, all residents who would be affected.

The benefits to Londoners included support for Croydon’s Summer Fayre last year; improvements to Inverness Market in Camden; and support for the new Richard Cloudesley school in Islington.

FilmFixer director Karen Everett explains, “Londoners need to go about their day with as little disruption as possible, while action sequences are filmed. For us, it’s essential to negotiate agreements protecting this.”

Ms Everett provides the example of filming in Inverness Market and Camden High Street. FilmFixer negotiated to ensure that the entire sequence would be shielded from public view, no firearm would be visible at any time, and the replica firearm would be shot with a silent blank within the confines of the set only. The sound of gunfire would have to be added later, in post-production.

The action races along the canal in Camden, outside the Renoir cinema, in Chalk Farm Road and Camden High Street, as well as Inverness Market.

High-octane road action and stunts were filmed in Newham, and in Lewisham, a convoy of surveillance cars and a lorry were filmed along Eastern Way.

In Islington you’ll see the outside of jeweller Derry Keen & Co on Compton Street, where a couple go shopping for an engagement ring. Many scenes were filmed inside and outside the old Richard Cloudesley school, including a police raid. Police cars tear up Golden Lane, pulling in through the old school gates, parking in the yard, and officers race in to the old school building.

In Croydon, the action takes place on foot and in car stunts in and around Surrey Street Market. There’s more about that filming here.

Ms Everett says, “Londoners are used to sharing their city as a stage for stunning action, from Bond and Mission Impossible films to series such as Spooks and The Professionals. We all work together to pull off these sequences, showing off our city’s locations. That’s how the ever growing interest in filming here remains sustainable.”

The Interceptor stars: O.T. Fagbenle (Looking), Trevor Eve (Waking The Dead), Jo Joyner (EastEnders), Robert Lonsdale (From Here To Eternity), Ewan Stewart (Titanic), Lorraine Ashbourne (Playing The Field), Anna Skellern (Heading Out), Gary Beadle (EastEnders) and Lee Boardman (Da Vinci’s Demons). It is based on the memoirs of former customs officer and SOCA agent Cameron Addicott, who served in the Alpha Projects Unit which was renowned for hunting the UK’s most dangerous criminals by extraordinary means.